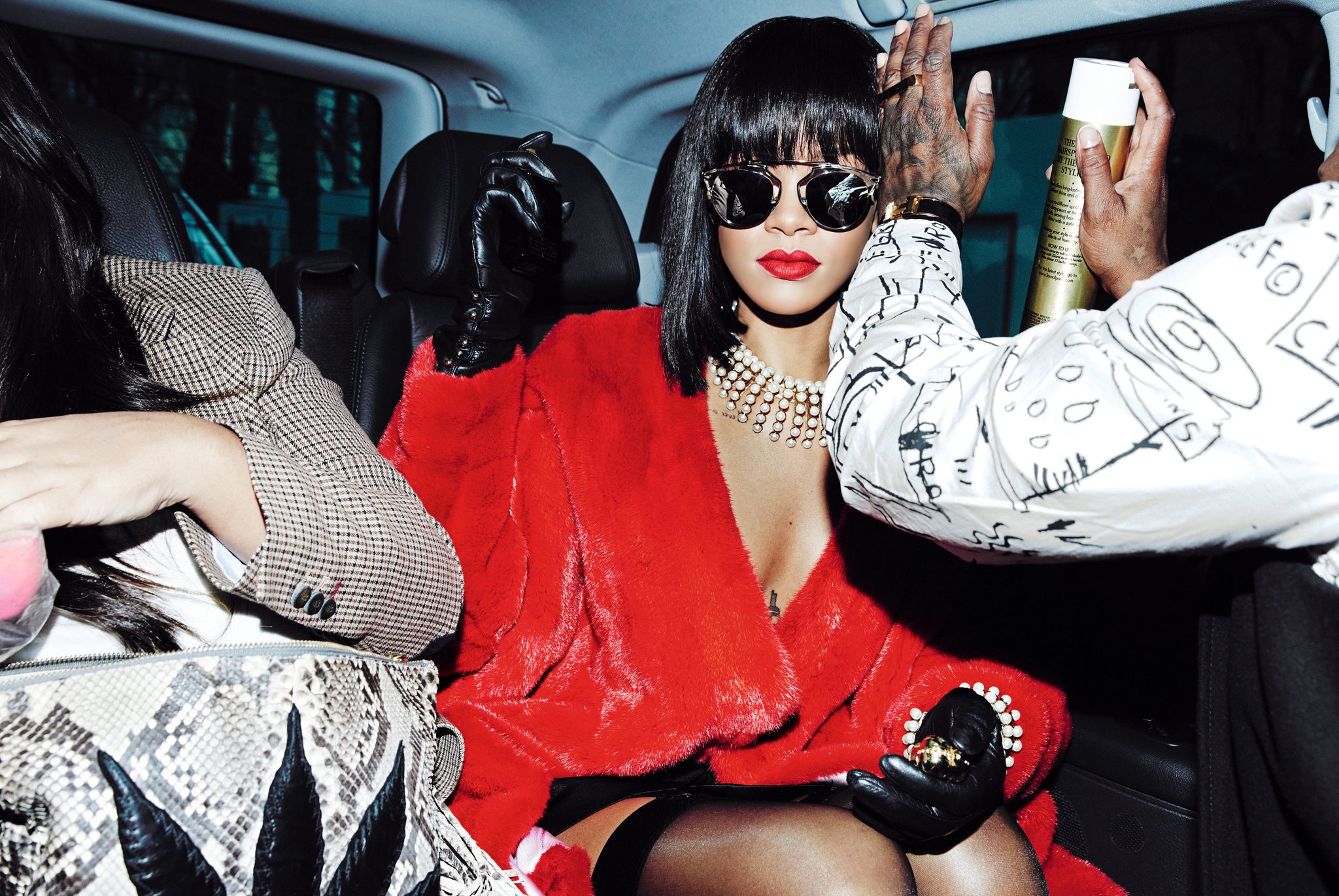 For nearly four years now, Rihanna has been a musician focused on everything but music: She’s building an empire, making movies, falling in love. She rules over the Savage x Fenty lingerie line, the luxury Fenty fashion house and Fenty Beauty. In interviews she’s mentioned vague deadlines for a ninth album by the end of this year. She has a sense of humor about it: “We want the album sis,” a fan commented on one of her Instagram posts in April. “Well this is bronzer,” she replied. When the singer announced a collaboration with the art book publisher Phaidon, her fans seemed to sigh in unison. A month left in 2019 and here comes Rihanna with a photo album, became an oft-repeated joke on Twitter.

The massive hardcover “Rihanna” is billed as an autobiography, but really it’s another one of her luxury offerings. It’s big and heavy and glossy: two-page spreads of single images, party collages, vacation snapshots. We are living in the golden age of Rihanna, and Rihanna is enjoying the golden age of herself. It’s a book full of things we might’ve missed, behind-the-scenes hangouts we never got to see, parties she threw, dresses she wore. At first it’s organized chronologically, until the fashion replaces the music as her primary creative output. It’s striking to see her slip in and out of gowns, an artist especially willing to experiment with what she looks like depending on the moment.

“I come fluttering in from Neverland,” she rapped in “Consideration,” the intro track to her eighth album, “Anti.” Riri’s Neverland looks a lot like just being in your 20s — blunts and girlfriends and raucous parties — only on the grandest, glitziest scale. The book opens with a few onstage shots to set the scene. It’s easy to overlook exactly how astronomically successful she is: The artist who once delivered seven albums in seven years is now the first black woman to helm a line at L.V.M.H. But “Rihanna” really begins with its best-curated subject: her childhood. It’s a brief interlude, a foldout origin story. Collaged are grade school assessments and letters she signed with her given name, Robyn; family photos and school pictures. There’s no transition from these reminiscences to her “Loud” era, circa 2010. The meaning is clear: One day, the world’s most famous pop mogul essentially just appeared.

Get the Book Review Newsletter

Be the first to see reviews, news and features in The New York Times Book Review.SIGN UP

There’s so much of the star today that a “Rihanna” book becomes, ultimately, a glamorous photo dump. The acts of singing-as-Rihanna, partying-as-Rihanna, texting-on-a-yacht-as-Rihanna are all parts of her performance. As the chapters move along, it seems as if this is a book meant to show us her life — the magnitude of it, the busyness of it — rather than share it. Only a few pages are devoted to studio shots; the only man to make a significant appearance here is her grandfather, and even he’s partying. She’s more often flanked by women: her mother and her best friends. The most interesting surprises come in inserts: storyboards for the “Bitch Better Have My Money” music video, a reveal showing her smoking a joint in Dior at Dior, and handwritten notes from fashion designers that turn hilariously from glowing to groveling.

“I don’t got time for a memoir, girl,” she told WWD in October. “And my fans are young and they’ve got A.D.D.; they’d rather look at pictures than read, let’s be real.” The resulting book should suit us; it’s entertaining but not comprehensive. Most of the things that make her truly her — selling a lingerie line while being known for not wearing bras, her habit of carrying a half-finished glass of wine from the restaurant to the car, that 2011 tweet to Ciara, “good luck with bookin that stage u speak of” — are missing here. It’s less a memoir than a collection of experiences a mogul had and liked and wanted us to look at — but the star herself has already ducked out of the party and moved on to the next thing.

Hunter Harris is a staff writer at Vulture.